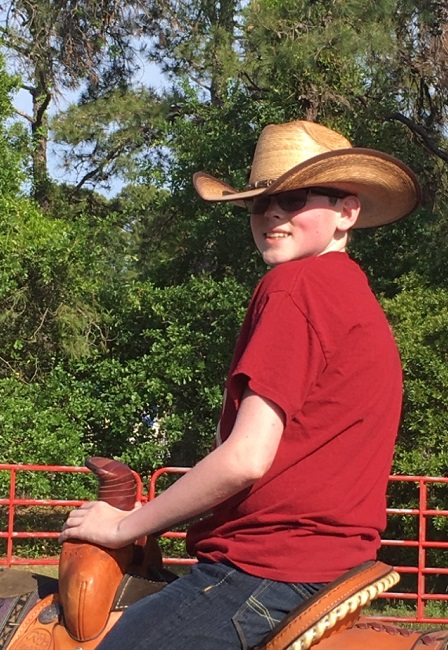 His Life and His Legacy

Dylan Williams was born March 26, 2001, and almost immediately his parents were given the news that Dylan had cystic fibrosis (CF). CF is a genetic disease that affects primarily the lungs and impairs digestion.  Dylan battled his CF by taking daily medications, doing chest physiotherapy and frequent hospitalizations of 2 weeks or more, commonly referred to as CF tune-ups. Dylan was a bright, quick-witted child who developed a wry sense of humor and especially loved “pulling one over” on his friends, parents and favorite caregivers. Dylan is also remembered as being kind-hearted and often would take the time to offer encouragement to others that were dealing with personal challenges. Dylan also wanted to help as he could and one year became insistent that he “sponsor” a child in need, living in Honduras. The choice of the right child was very important to Dylan so he carefully reviewed each possible candidate until he found the one that felt right.

Dylan had the usual dreams of a young boy growing up. He enjoyed his time in Cub Scouts, became an avid Florida State Seminole fan and was highly skilled at gaming on his PS4. In fact, his favorite place to shop was GameStop and he became such good friends with the managers that they would let him “borrow” games during his frequent hospitalizations.  Dylan even worked in the family floral business, helping with deliveries and arrangements. Dylan did not let CF delay getting his learners permit or driver’s license and was thrilled when his family surprised him with his first car, a tricked out a Chevy Aveo.

Dylan enjoyed doing most anything as long as it involved his family and friends. He especially loved travel adventures that took him to places he had never seen. Dylan made trips to California, Las Vegas, New York and enjoyed several Disney Cruises when he was younger. Dylan’s favorite home-cooked meal was his maternal grandmother’s family recipe for Chicken Divan. He also loved eating steak, chicken fingers and Chick-fil-A. Although Dylan was fond of all the various family pets, Dylan’s cat, Luke, and dog, Bandit, were his favorite.

CF requires many invasive treatments and Dylan faced these challenges with a quiet sense of bravery. He quietly endured the needles, the IV’s, and the medicines that caused extreme stomach pain and vomiting and the endless weeks of hospitalization. Because Dylan had a particularly aggressive case of CF, he attended school via the homebound program which allowed direct contact with his teachers via email, phone and visits. In spite of the obstacles caused by cystic fibrosis, Dylan dreamed of attending college and one day settling into a career.

Dylan kept up with his school work throughout the many hospitalizations, and graduated from Crossroads Christian High School in May 2018. Just two months later complications of cystic fibrosis required yet another hospitalization and on July 31, 2018 Dylan passed away peacefully at Hospice, surrounded by his family.

Dylan attended Fruit Cove Baptist and Southside Baptist churches and was steadfast in his faith, which provided comfort to Dylan and his family towards the end of his time here on Earth.

Dylan and his family supported a number of charitable organizations that helped children with cystic fibrosis. They were longtime supporters of the CF Foundation, Dreams Come True and The Tim Tebow Foundation, assisting with fundraising and serving as ambassadors at various events.

Not long after Dylan was laid to rest, his family and friends decided to honor Dylan’s life with a foundation in his name, that would be dedicated to helping others living with cystic fibrosis achieve their dreams of furthering their education. The first board meeting took place in early January 2019 and the organization was granted their 501c 3 status in February. The college fund that Dylan had started after high school graduation became the organization’s first donation. Shortly after, additional donations were received from other fundraisers. The Dylan’s Dream Foundation plans to award their first scholarship(s) for the 2019 Fall semester.